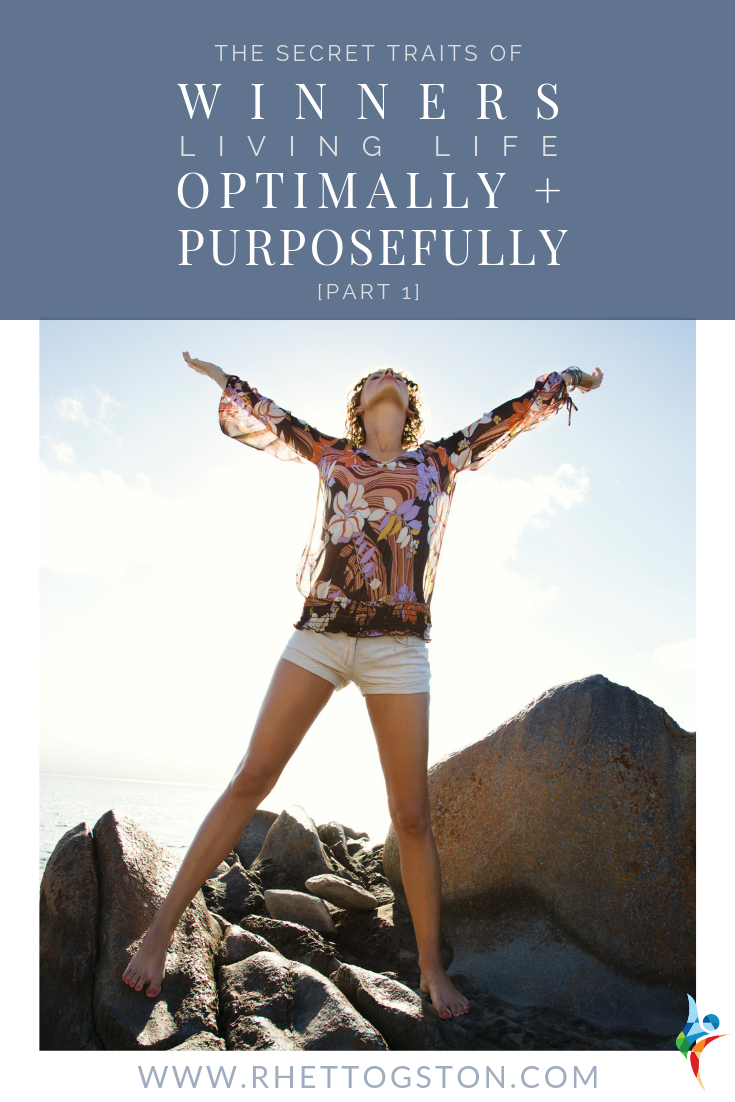 The ROA community is currently enjoying my Strategies To Achieve Results and Success (STARS) to create emotional mastery and a winners mindset. I am blogging about it for anyone else who has an interest in achieving more in life and living optimally. If that applies to you and you would like to join the free master class you join us by clicking HERE<<<<<

If having a winning mindset is of interest to you but you want more information before you join us then you may be interested to know what the strategies in the STARS series may deliver you… Effective strategies are what people use to transform from mere mortals into champions. In the STARS masterclass I speak of one of my personal athletic champions Roger Federer. Roger (like all champions) is adored by millions of people world-wide. But what does it take to transform into a champion in sports (or even in business or life)?

Here are the first (of eight) traits that you may develop from learning and implementing STARS to achieve massive success in any area of life.

Champions know that their mindset directly creates their success in whatever endeavour they are undertaking. They choose to have an optimum mindset to perform optimally. There are two main virtues evident in almost all successful people — optimism and confidence.

Optimism is commonly known as hopefulness and confidence about the future or the success of something. Having an optimistic mindset is required to be successful because the bigger your dream, the more it seems impossible.

Thankfully optimism is a choice, I highly advocate choosing it.

Confidence is a different story and is controlled by the subconscious mind and that sounds bad but in actuality is good, because thankfully your subconscious is prone to suggestion and can be transformed. So even if you are feeling pessimistic you can choose to be optimistic and to provide suggestions to your subconscious mind. Winners and champions comprehend the mind’s abilities and utilize those powers by providing it with healthy signals and cues such as positive thoughts and images.

An optimistic person chooses to cast their view in the direction of the summit of the mountain rather than to see the obstacles (e.g. struggles, adversity, and issues) on the journey. They decide before they arrive at the mountain that they will win (reach the summit). By maintaining this trait and focus the odds are almost always in favour of massive success.

Mistakes may be made on the journey, but they only focus transiently on a minor set back before the winner shifts their focus back to recalling the good times.

Sure, they make mistakes in big games but they don’t let it hold them down. They choose to only remember the good and forget the bad.

The story that I have read on the internet that best illustrates this point was reported to have come from acclaimed sports psychologist of Champions, Bob Rotella the author of ‘How Champions Think’: In Sports and in Life who recalled listening to Jack Nicklaus (who if you don’t know is the greatest golfer in history). For the next trivia night that you attend, you might want to remember that Mr Nicklaus has won more majors than anyone (18 victories during his career. Second on the list is Tiger Woods, who has won 14 majors to date).

The story takes place at a college where Jack’s son was playing golf and where Jack was giving a speech.

Reportedly Jack said that he had “never missed a three-foot putt and that he never three-putted on the final hole of a golf tournament.” This, however, was disputed by an attendee who later sought clarification from Rotella who simply stated “Jack came here as the greatest player in history to share with you how he thinks. He didn’t come here to learn how YOU think.”

And that is one of the many reasons why people like Jack and Roger are extraordinary champions. So if you like to be like them then you need to find the strategies that can produce these traits, thoughts and feelings. To learn more enrol in the free masterclass…. Join into our masterclass here, we would love to see you in there!

Get instant access to the Strategies To Achieve Results and Success (STARS) Masterclass in Emotional Mastery and a Winners Mindset.