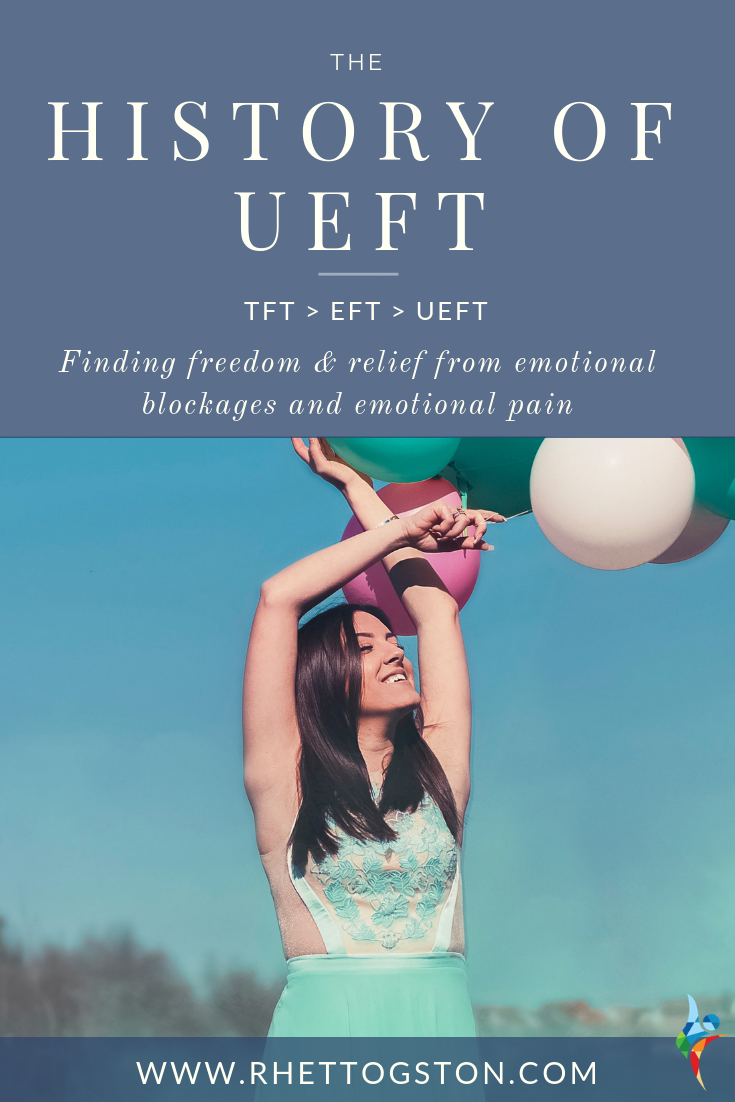 Do you recall subjects in primary or high school dedicated to teaching you about emotional health, happiness, or how to deal with negative emotions or how to let go and process intense reactive feelings? I don’t! Although our society places great importance on education, the way they measure academic achievement in fact contributes to emotional stress, and there are still no subjects committed to emotional health!

You don’t have to go far back in time to see how critical it is that our education system, at all levels, needs to include subjects dedicated to emotional health as cores subjects. An ABC report, by Jessica Longbottom (Updated 30 Nov 2016, 1:45pm) presents research that supports my assertion! Jessica reported that “Suicide rates among young Australians are at their highest level in 10 years, despite a range of prevention strategies and investment from government, according to new research.”

What’s more concerning about Jessica’s report is that the ‘range of prevention strategies and investment from government’ appears not to be working! As a father and a health care practitioner, these statistics are alarming. I understand that in traditional subjects such as mathematics, English, language, history, social sciences and religion, academic achievement is based on rote learning facts, figures, dates or equations and then being tested on how much you are able to recall the information through exams.

According to a teacher survey in Britain, an over-focus on exams may be a contributing cause of mental health problems and self-harm among both primary and secondary students. Although this was reported back in 2015 (https://www.independent.co.uk/news/uk/politics/over-focus-on-exams-causing-mental-health-problems-and-self-harm-among-pupils-study-finds-10368815.html) the issues of emotional and mental health continues as indicated by Jessica’s report, and despite this, the government and education systems have failed to find solutions.

It’s clear to me, as a parent, health care practitioner and human being that I cannot wait around until someone else finds a solution to this critical issue, which is only getting worse! Thankfully, for my children’s sake, as well as for the clients that receive assistance from me, that my life path led me through an educational pathway of western science (at Melbourne University with honours), natural therapies (at RMIT University) and to personal development FlameTree: the personal development & healing system), where I become inspired to focus on emotional health as I saw a need in this area! This was before I become a parent myself.

My inspiration guided me to founding systems that assist with emotional health. I refer to all the systems that I have created as ROAs (Rhett Ogston Applications). The ROA what I will share with you here is Universal Emotional Freedom Technique (UEFT). A colleague of mine was using EFT (Emotional Freedom Technique) which purported to have a solid application process and a theory based in traditional Chinese medicine (TCM).

When I explored EFT with my colleague, I saw a potential here which inspired me to evolve EFT to a whole new level! Not only did EFT evolve, based on my scientific training, background in TCM and the numerous other qualifications I hold, I transformed EFT. The analogy my colleague made once seeing what I had created was akin to upgrading your mobile phone from the old analogue to a smart phone!

To those already using EFT, this may sound a little like déjà vu, particularly if you know the story behind EFT, that is, the founder of EFT, Gary Craig, simplified a technique he learnt from his teacher, Roger Callahan, known as TFT (Thought Field Therapy). Unlike Gary Craig, however, what I have created is not just simplification of someone else’s complex technique and it’s not just another of those cheap and nasty versions of EFT; I have truly upgraded and evolved EFT.

Like any upgrade and evolution, you can continue using old technology, it still works, however why would you when the newer technology is faster, easier and brings about changes quicker than the old version! You wouldn’t go back to using your 386 computer when you have the latest Pentium processor available to you? Similarly, my colleague has not gone back to EFT now that he has UEFT! He still has access to use either technique; however, he chooses to use the ROA’s UEFT!

The point I am making here is that the UEFT and the other ROAs that I have created I believe are potential solutions in addressing emotional health, happiness, how to deal with all emotions and how to let go and process intense reactive feelings? From my clinical experience, and those of other practitioners, as well as clients that have used UEFT that this may be a solution that needs to be taught to our primary and secondary children, university students and to anyone who needs to learn about emotional health.

UEFT is a powerful tool that may help your emotional state, release emotional trauma and assist your overall health and wellness. It supports your body’s energy system, referred to by TCM as your meridian system, to balance your emotions and therefore allows for emotional healing to occur at this frequency whilst simultaneously strengthening your meridian-organ systems.

Even though you may not have heard about UEFT, it is already being used by many people in Australia and around the globe. As it is with most new developments, people do not truly understand the rich history that encompasses this amazing emotional healing technique. UEFT was first taught back in 2009 as an ROA component of the advanced bio-energetic healing system, FlameTree: the personal development & healing system (www.theflametreesystem.com). However, based on one of the fundamental roots of UEFT, Chinese medicine, this dates back thousands of years.

One of the TCM foundations of UEFT is a specialised field known as abdominal acupuncture [theory of Shenque (umbilicus) modulation system]. Understanding this system allowed me to identify one of the key acupuncture points used in UEFT, which EFT does not include in its process. This is understandable given that both Gary Craig and Roger Callaghan were not doctors of Chinese medicine.

The good news for you, as a user of UEFT, is that you don’t have to know anything about Chinese medicine to use UEFT. I have done all the hard work for you based on my years of training! You don’t have to use acupuncture needles, nor do you have to tap on any of the acupuncture points listed in EFT. My understanding of Chinese medicine has allowed me to identify three fundamental points that reproduces and replaces most of the acupuncture points used in both EFT and TFT.

Unlike Gary Craig, my upgrade of EFT’s TCM component is based on my Chinese medicine training as a doctor of Chinese medicine, however, I have not made changes to EFT only based on TCM. As I mentioned above, I transformed EFT by also incorporating Ned Hermann’s whole-brain balancing theory and the scientific understanding of counterbalancing left and right brain activity. These transformational upgrades of EFT, in my opinion, super charges EFT, something that original EFT and all the splinter variants of tapping do not do.

In addition to the above upgrades to EFT, UEFT is also based on cutting edge science such as that reported by Professor Irena Cosic and her research team from the Faculty of Engineering at RMIT University. Professor Cosic’s work demonstrates that meridians may act as filters allowing only certain frequencies to pass through and attenuate all other frequencies in the body. When you consider that emotions are a frequency and that Chinese medicine associates five primary emotions (five different frequencies) influencing the meridian systems (filters for these frequencies) – it would make sense that the frequencies of your emotions are filtered through your meridian system which then has an impact on your physical body.

Chinese medicine refers to extreme emotions interrupting the emotion’s associated meridian and organ systems. For example, the extreme emotion of anger (the anger frequency) results in the stagnation of the Liver meridian and if not addressed will then impact on what Chinese medicine refers to as the healthy physiological function of the Liver organ system thereby leading pathological (disease) changes in the body. By performing UEFT, you are activating the meridian system so it can better process (filter) the extreme emotion, such as anger.

Furthermore, I am also able to explain, from a physics perspective, as to why I do not advocate tapping in UEFT (or for any of the ROAs). I can confidently say that wave and interference theory offers a plausible scientific explanation as to why tapping techniques are at best a ‘hit and miss’ approach to emotional freedom and why, as referred to in EFT, SUD scores went up and down with EFT! This is basic physics explanation that is absent from Gary Craig’s gold standard EFT and his now, non-tapping approach to emotional freedom.

This explanation is also absent from Roger Callaghan’s work, who is believed to have transformed meridian tapping into a distinct form of psychological treatment from Australian psychiatrist, John Diamond, who began treating his patients’ emotional issues with a combination of positive self-statements and meridian tapping. Diamond, however, was influenced by George Goodheart, a well-known American chiropractor who, back in 1962, was interested in the possibilities acupuncture could offer his practice. It was Goodheart that developed “applied kinesiology” which involved tapping rather than needling meridians. None of these founders, however, ever explained why their tapping techniques worked or didn’t work from a scientific perspective as I have with UEFT.

My science background reinforced the need for any system to be explained by using science. All my ROAs, including UEFT, can be explained scientifically. I also offer an explanation from a TCM perspective as I was also taught in science that it is also important to consider traditional empirical reasoning.

As stated earlier, you don’t have to be a scientist or a doctor of TCM to understand or apply UEFT. All you need to know is that there is no tapping, one main algorithm, know the positions of only three acupuncture points and understand that you will never create interference waves as explained by basic physics. UEFT has been developed into a highly specific and simple tool that anyone can learn, even children!

In addition to this, efforts are underway to establish UEFT’s legitimacy and credibility as a viable treatment method given that evidence-based medicine is also necessary in developing credibility in addition to clinical experience. Using the HEHIQ as developed by Bishop et al (2000) is one such method that is being used to facilitate this requirement. For the future, we are striving to have governments; educational institutions and the Western medicine system accept this new technology given that, as stated above, current methods being used have not stopped the increasing rates of primary and secondary children from committing suicide! What are you going to be doing about it?

I have already started teaching my children how to apply UEFT and I am no longer prepared to allow UEFT to be health care’s best-kept secret. Irrespective of your current beliefs, it is my hope that you act now and start using UEFT not only for yourself but for your children or recommend it to others for their children if you don’t have children! The cost involved in using UEFT is a small price to pay given the urgency reported in the media. Don’t procrastinate or get stuck in self-doubt, act now by investing in your future and achieve emotional freedom now!