Can You Overcome Narcissism or Narcissistic People? 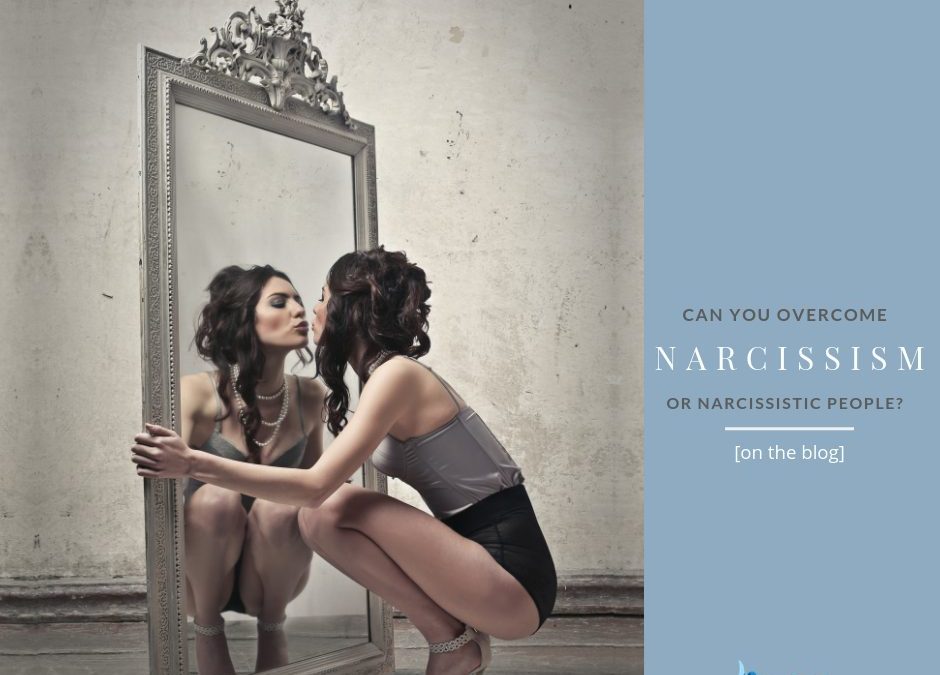 How common is narcissism?

Narcissism is becoming much more prevalent in society. Way back in 2008 it was reported that as many as 6.2% of the adult population are sufferers of this disorder(1).
From Twenge & Campbell in “The Narcissism Epidemic: Living in the Age of Entitlement”, data from 37,000 college students, narcissistic personality traits rose just as fast as obesity from the 1980s to the present, with the shift especially pronounced for women. The rise in narcissism is accelerating, with scores rising faster in the 2000s than in previous decades.
this passage from The Narcissism Epidemic:
…college students with inflated views of themselves (who think they are better than they actually are) make poorer grades the longer they are in college. They are also more likely to drop out. In another study, students who flunked an introductory psychology course had by far the highest narcissism scores, and those who made A’s had the lowest… gives a great overview of narcissism.

So what narcissism is not.

Narcissism is not just “high self-esteem” or that underneath it all narcissists are insecure and overcompensating as reported by Twenge and Campbell explain in The Narcissism Epidemic.
To a narcissist they are simply awesome and you are not.

So what is narcissism?

Narcissism is defined as:
1. An excessive interest in or appreciation of oneself and one’s physical appearance.
2. PSYCHOLOGY – selfishness, involving a sense of entitlement, a lack of empathy, and a need for admiration.
3. PSYCHOANALYSIS – self-centeredness arising from failure to distinguish the self from external objects, either in very young babies or as a feature of mental disorder.

That is the definition of what narcissism is but how do you identify who is a narcissist?

It is essential that you understand that a diagnosis of narcissistic personality disorder (NPD) should only be made by a mental health professional. There is however symptoms that the majority of Narcissists display that you should look out for if you want to identify who is a narcissist.

What Are the Symptoms of Narcissism?

Remembering that NPD should only be diagnosed by mental health professionals it should make sense that not every person who is diagnosed with NPD will share the same symptoms.
Symptoms of narcissism may include these feelings or actions of:
• Arrogance (a grand sense of self-importance)
• A sense of privilege or entitlement
• The need for admiration and constant praise
• An exaggeration of abilities or achievements
• A deluded sense of their beauty, power, and success
• Unjustified feelings superiority
• A tendency to monopolize conversations
• An inability to share other peoples feelings
• Reacting with rage or contempt to make oneself seem superior
• Difficulty regulating their own emotions and behavior

What do those symptoms look like in real life?

Warning signs! Here are the top three warning signs that you are dealing with a narcissist.
One. They crave power and control and they will make you feel powerless to get it. How will you know it is happening? Simple, you will notice that you are feeling emotions like insecurity, worthlessness, feelings of inadequacy, insecurity, or dismissed.
Two. They test you, but unfairly. What you need to be aware of first is that no matter what you do (have the wrong body posture when you answered, took too long to answer, did not answer they way they wanted you to and so on) you will lose. The game was rigged from the start because that way the narcissist wins and you lose (just the way they wanted it).
Three. They are overly sensitive. Experts call this “Narcissistic Injury”. What you need to be aware of is that you will do something ‘wrong’ sometimes it will be unintentional, other times it can even be doing nothing. Eventually you will do something wrong and when you do you could face their wrath, get the cold shoulder, the silent treatment or watch them rage like a volcano.
If all else fails and you can’t identify a narcissist then just ask them. Research shows narcissists feel so good about themselves they don’t mind admitting it.

What do I do to deal with a narcissist?

We have a priceless master class available currently in Emotional Mastery and Winners Mindset, and I’ll be teaching some incredible tools and strategies to help you overcome any narcissists in your life or to overcome that little narcissist in yourself.
Sign up to get instant access here.
References:
1. Stinson, F et al 2008, Prevalence, Correlates, Disability, and Comorbidity of DSM-IV Narcissistic Personality Disorder: Results from the Wave 2 National Epidemiologic Survey on Alcohol and Related Conditions, Journal of Clinical Psychiatry, no. 69, vol 7 pg. 1033–1045
2. Twenge, J & Campbell, W, 2009 “The Narcissism Epidemic: Living in the Age of Entitlement” Free Press, NY.